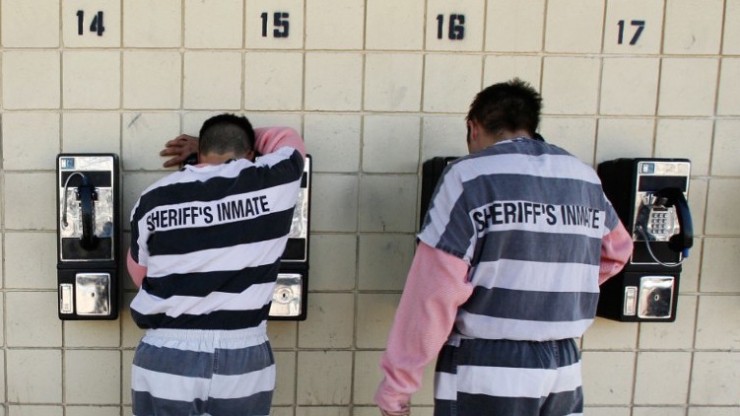 Jails and prisons are failing at their primary purpose: rehabilitation. A new movement in tech is seeking to change that.

President Obama’s impassioned call for criminal justice reform at last week’s NAACP national convention was the latest sign that bipartisancriminal justice reform is on the way. In the midst of this movement is another, untold story about an army of entrepreneurs that is changing the way jails and prison work for the better.

When it comes to criminal justice reform, the inside game is just as important as the outside game. America locks up more of its population than any other country on the planet, and more of its Black population than South Africa at the height of Apartheid. Police commissioners brag about being “tough on crime” and cleaning up the streets. But the fact is that more than four out of ten people who are released from prison in the United States will return within three years. Our jails and prisons are failing at their primary purpose — rehabilitation — which means more crime, more violence, and more broken families. When our inside game is broken, our outside game gets even harder.

It doesn’t have to be this way. The way we treat people in jail and prison has a direct impact on whether or not they will reoffend. Yet over the past few decades, prison officials and the agencies that regulate them have not only failed to invest in necessities like effective educational programs and cheap phone calls; they have actively opposed programs that work.

A new movement in the tech world is seeking to change that. A class of social justice-oriented companies — what I call “justice tech” startups — has emerged as a counterweight to the prison-industrial complex. The founders of these startups come from a circle of activists, former prisoners and social entrepreneurs who understand that sometimes change has to come from outside the system.

One of these startups is Pigeonly. In 2007 Pigeonly founder Frederick Hutson was sentenced to 51 months in federal lockup on marijuana charges (a venture that, it’s worth noting, would be legal in some states today). He witnessed the pain of isolation for the young men behind bars, and knew that regular contact with family members lowers the odds that an offender will return to prison after he has been released. He also watched as prison officials across the country struck self-serving deals with private phone companies that resulted in wildly inflated prices for phone calls home.

Upon his release, Hutson decided to start a company that would cater to the incarcerated directly. Pigeonly’s customers in federal prison purchase telephone time from their commissary, which usually charges inflated rates for long-distance calls. Pigeonly uses Google Voice-style technology to change the game so that all calls are “local”.

This process shaves 60 to 80 percent off the cost of calls in federal prisons. His service is soon expanding from the federal system to state prisons and jails, where savings promise to be even higher — in some jails, for instance, calling home can cost more than 18 dollars for a 15 minute phone call.

Another justice tech company is Jail Education Solutions. State funding for prison educational programs has continuously decreased since 1982, even as the prison population has swelled. It’s telling that most people who arrive in prison illiterate are illiterate when they leave. Brian Hill, a recent business school graduate whose father taught community college classes at Folsom State Prison, saw this as an opportunity to innovate. His company provides jails with tablet devices that offer educational content. Working on a for-profit model that has inmates rent devices for a small fee, the tablets provide content like GED prep, vocational training and college courses.

The tablet service has earned the early support of reform-minded sheriffs who are eager to disrupt the cycle of people repeatedly moving in and out of jail. Inmates who take advantage of educational programming are 43% less likely to return within three years than those who do not. These sheriffs see tech-savvy educational offerings as a practical and affordable solution to recidivism.

As the long-overdue movement for broad criminal justice reform continues, we cannot forget the importance of what happens, or does not happen, inside jails and prisons. We need to improve our inside game as well as our outside game to ensure jails and prisons work, and these justice tech startups can help make that future come faster.

Op-ed by Ben Jealous, former president and CEO of the NAACP, and Partner at Kapor Capital.